2020 was a hell of a year for so many of us – including the poor little things trying to find their feet in the very early years of schooling. Trying to make sense of the transition from childcare (or being at home) into a formal schooling environment was made all the more difficult with restrictions, lockdowns, social distancing and the amount of discord and disruption to home lives. No wonder quite a few little people felt frazzled and unsure when life began to return to (CoVID) normal. 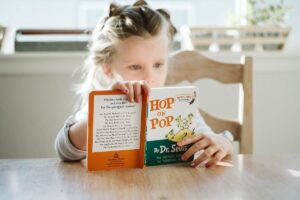 One beautiful little soul (for the interests of privacy, let’s call her Abbie) missed out on a preschool/PreK/kindergarten placement for a number of personal reasons, not the least of which was due to the incredible upheaval that last year wrought on so many of us.

This year, she went straight into Foundation without having participated in the pre-programs. She had little in the way of literacy, her writing and reading had been explored in as much depth as her mum could muster, and she missed out on a lot of the routine learning that takes place in that first year of formal schooling.

Every day at school was a nightmare. She’d come home in tears, feeling that she was ‘stupid’ and ‘too dumb’ for school. She was lost in a sea of little faces who all knew more than she did, and she lost all confidence when it came to her learning. You can only imagine the guilt and misery her parents felt as well. They helped as much as they could, but not being teachers themselves, they were stumped as to how to help her.

She’s not alone. There’s just no way. This is a story that echoes throughout households around the country. But what did her family do to claw their way out of this educational hole?

Moving from being confused in a large group at school to STILL being confused in a smaller group at a tuition centre is not the answer. You need tailored support. In this scenario, both mum and daughter did a ‘crash course’ which saw her confidence and ability improve quickly, as well as mum now feeling better and more positioned to help from her end.

They took control over the curriculum. They got their power back. They shifted to a growth mindset instead of a closed, negative one. Together, with the help of an A Team professional tutor, they found their feet and now little Abbie is absolutely thriving.

If your child could benefit from primary school tutoring, contact A Team Tuition today!