Meet the Winners of A Team Tuition’s $5,000 Tutoring Scholarship Program!

One of the first questions that every child is asked when they walk through the school doors for their very first day of prep is “What do you want to be when you grow up?” Answers range between astronauts, zoologists, Olympians, doctors, lawyers, builders and actors/actresses. However, these answers tend to change as students progress through schooling. Students who once dreamed of being doctors are disheartened by their average grades and opt for something else instead that’s a lot easier to obtain. The most heart-wrenching part to this process is seeing this follow through, especially when all that is holding these students back is the attainment of a few ‘A’ grades. At A Team Tuition, we want students’ first answer to “what do you want to be when you grow up” to be what they actually achieve. Students who pass through our doors are all in the same predicament. We have students desiring to be veterinarians but are just scraping ‘C’ grades. This is just one of the many reasons why we started our Project Limitless Scholarship – a program dedicated to transforming struggling students into ‘A’ grade students so that they can fulfil their dreams of becoming aspiring doctors, lawyers, teachers, vets and engineers alike. In April of last year, we awarded the first Project Limitless Scholarship, by partnering with local Gold Coast school Miami State High School, to Skylah Rhambold and Waide Carson who both soared from C-‘s to B’s and A’s by the end of the school year. Early this year, we embarked on the second instalment of the scholarship series and awarded an even bigger prize equalling $10,000 to Brisbane sisters Esther Abiya and Sarive Zena. Within one term, the impossible had occurred once more with Esther receiving A’s in 3 of her subjects and Sarive jumping from C’s to B’s! Now, A Team Tuition is elated to announce the winners of the third instalment of Project Limitless…Jake Budiasa-Moon and Talia Brown! On Thursday the 26th July, A Team Tuition had the pleasure of gifting these two beyond deserving students with a life-changing prize; another $5,000 transformation scholarship! After the announcement of his name, Year 9 student Jake couldn’t wipe the smile from his face. Unfortunately, our second winner Talia was unable to make the announcement due to a Year 10 science excursion, but her Mum was just as excited to accept the prize on her behalf and perhaps showed even more excitement than Talia herself!

How were the students selected?

Handpicking the winners for this scholarship extended over 2 months and involved a rigorous selection process. Just like the year before, our CEO and Founder Hayden McEvoy presented the idea to the eager-eared Miami SHS student cohort. The response once again, was overwhelming with a total of 50 applications submitted! Students were asked to respond to two simple questions within their applications: 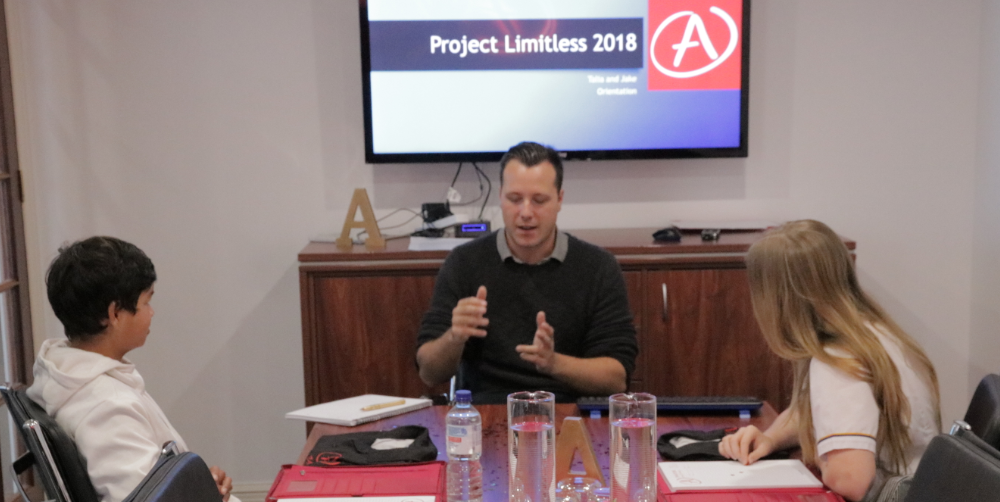 Senior representatives from A Team Tuition were then afforded the difficult task of creating the Top 10 short-list from 50 applications. In collaboration with Deputy Principal Jason Cross and Public Relations and Event Manager Catherine Crow from Miami SHS, the Top 10 applicants were ranked according to a set criterion (dubbed by A Team Tuition as the factors that make up an ‘A’ student) which assess a student’s: In particular, we placed added emphasis on the attributes of ‘resilience’ and ‘grit’ as these traits encapsulate students who strive when faced with a challenge and who would not give up easily when overcoming set-backs. These characteristics were what ultimately determined the selection of the Top 6 students. The final stage in the application process required students to sit down with a panel of interviewers comprised of Miami SHS and A Team Tuition staff. However, A Team Tuition did not set out to simply interview the students. We wanted to interview students’ parents/guardians and teachers who could provide an all-round view on each individual applicant. This allowed us to corroborate our findings through the application process and gain a more personal insight into each students’ motivation for applying and to ensure that we were selecting the students who truly saw the potential of the scholarship.

Subject: Maths Starting Grade: D In the interview, Hayden recalls how captivated he was by Talia’s bubbly and positive aura as well as her desire to learn.  Her desire to do well in school was evident through her consistent participation extra-curricular activities such as in Tournament of Minds since Year 5 as well as in the school band playing the Trombone. After hearing how involved Talia is both in and outside of school and witnessing firsthand her contagious drive, we were surprised to find out that she was failing Maths. With high hopes of one day becoming a Neurosurgeon, it was evident that Talia already had the growth mindset to become an ‘A’ student but her grades just weren’t up to par. Karen Brown, Talia’s mother recalls that she’s dreamed of becoming a Neurosurgeon since she was three and a half. “We took her to a family doctor and there was a model of a brain and she asked what it was and if there was a doctor trained specifically to treat brains. Then when she was in Prep, her teacher asked her ‘what do you want to be when you grow up?’ 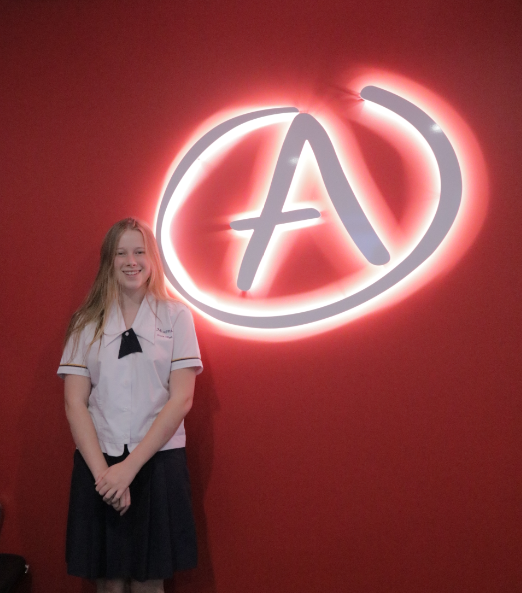 She drew a picture of a doctor treating a patient. She’s always wanted to do that, but she just knows that her current grades won’t get her there.” Karen is also aware that Talia has struggled a bit in Chemistry and Physics, both of which are prerequisites to be able to study in this field and is hoping the scholarship will have an accumulative effect on most of her grades. Her teachers are confident that by applying the right strategies, she most certainly could boost her marks in all of these subjects. Karen is hoping that Talia will become more confident and realise that she does have the potential to reach an ‘A’ grade in these subjects prior to her starting her senior schooling. “She has it in her, but she struggles to find it. Not only that but I want her to have pride in her work and to feel chuffed because she’s got something right finally. I just want to see her happy and feeling smart.” When asked what it means to her as a parent seeing her child receive this scholarship, Karen couldn’t stop smiling. “It’s just unbelievable, things like this don’t happen. For someone who has tried so hard to get her grades up but just can’t seem to make sense of it, this is huge.” 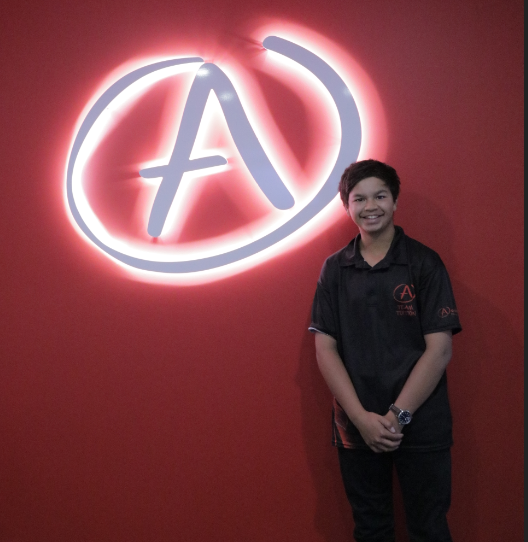 Subject: English Starting Grade: C Hayden was immediately impressed by how well-spoken Jake was in his interview and described him as a “high motivated, altruistic individual with an old soul” with quite the strong handshake. After the panel heard about Jake’s sporting successes, it was evident that Jake exhibited the level of commitment that would help propel him towards higher grades when combined with learning the right study strategies. Jake’s motivation for applying for the scholarship was based on his desire to improve his grades in order to continue his studies at university. Jake has been inspired by his very own humanities teacher, Mr Vine, to study teaching in the hopes of one day becoming either a Languages or Physical Education teacher. As an avid lover of all sports, including football, tennis, basketball and even golf, it comes as no surprise that Jake would love to pursue a career in doing what he does best! However, while Jake knows that his sporting ability is up for the challenge, he’s concerned that his grades will be his downfall and is hoping the scholarship will not only boost his grades, but provide him with confidence during exams and tests while learning how to study at home without getting side-tracked. Noting that Jake is primarily a kinaesthetic learner, it’s simply a matter of incorporating study strategies that will work best for him! For Jake, receiving the transformation scholarship means that he can be guided towards reaching his potential. “I do well in class but when it comes to a test I realise ‘OMG’ I don’t know what I’m doing! I want to be able to push past this and get an A.”

Narrowing down 110 tutors within the company to just 2 was no easy task for the management team here at A Team Tuition with many tutors being suitable candidates to work alongside the scholarship winners. Ultimately, selecting the two Academic Personal Trainers to assist our latest scholarship winners was based on personality compatibility, subject expertise, tutoring experience as well as career aspirations. Without further ado, the tutors are…

Jess is completing a dual degree of a Bachelor of Laws/Bachelor of Commerce at Bond University. When she isn’t out on the water rowing, she’s involved in many non-profit organisations to raise awareness for issues extending both within the local community and abroad. Jess is no stranger to working with younger students – she even has a younger sister of her own! As a maths enthusiast, Jess is eager to work with Talia in improving and excelling in her first year of Senior Maths. They will be focusing predominantly on algebra this term, and taking the A’s from the equations and back into the report card! Since Talia is in Year 10 this year, she will be part of the first cohort in Queensland to complete senior schooling through the ATAR system. So, along with helping with her Maths homework, Jess will be introducing Talia to how ATAR works. 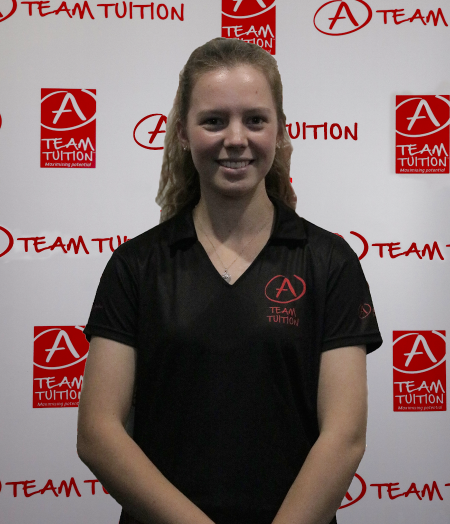 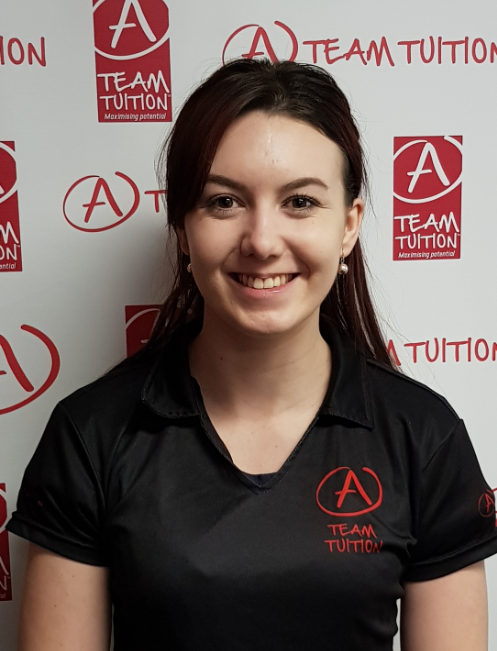 Makaela, or ‘Mak’, is also studying at Bond University and is completing a dual degree of a Bachelor of Laws (Honours)/Bachelor of International Relations. Her passion for education stems far beyond tutoring at A Team Tuition and she has been involved in many non-profit organisations including participating in One Girl’s Do it in a Dress campaign to raise money for scholarship bursaries for students in Sierra Leonne and Uganda as part of her role when on the United Nation’s Student Association. Mak is no stranger to A Team Tuition’s Project Limitless Series and has been helping Brisbane scholarship winner Sarive Zena in her humanities subjects and on her journey towards achieving those ‘A’ grades in her senior year. As an English Enthusiast, Mak is excited to kick-start Jake’s transformation with a Shakespearean Unit focusing on Romeo and Juliet where he will be revisioning this timeless tale into his own narrative.

Project Limitless is scheduled to begin the week of the 6th August in week 4 of the school term. Students, parents and tutors have all been introduced and now it’s time to hit the ground running. Last week, both Talia and Jake attended the orientation luncheon where they were briefed on the plan going forward. Both students received an overview of what to expect over the next few months as well as listening to a presentation by Hayden about the Creating A Students Program and what their tutors will be covering in their subsequent sessions. Each student will work with their assigned tutor for an hour and a half each week for the rest of the school year. Project Limitless was designed to prove that with the right drive, attitude, mindset and persistence, any student can become an ‘A’ student and we have full confidence that this pair will be no different than the students before them! Most importantly, we want to help both Jake and Talia fulfil their primary school dreams that they’ve held since the day they were asked “what do you want to be when you grow up?” Keep up to date on our social media platforms for updates on Jake and Talia’s progress and their journey to becoming ‘A’ level students in no time! Watch this space.