How to get an A in drama when you’re in a class of amazing actors…  drama, like the other arts could be seen as even more competitive than medicine or law.  Getting accepted into NIDA or one of Queensland’s university drama programs is not just about raw talent, it’s about demonstrating that you understand the fundamentals of acting and performance.  How to get an A comes down to how well you understand the craft, not just the way you perform at your entry audition.

Being a part of not only creative subjects in high school, but also in creative extracurricular activities, genuinely opened my eyes to the amount of time, effort, and preparation that goes into doing anything creative. Where I once thought that drama performances were just a couple of rehearsals and then a show, I was given new insight into everything – not only the practices, but also how much effort went into creating a performance, designing a script, configuring themes and reasoning behind each scene, the character motivations; the list goes on and on and on!

Sometimes, people can be quite afraid to ask for help or even tutoring when it comes to Drama, especially since it is such an individual subject in terms of creativity. However, without accessing this support, you can all too often feel lonely or even out of your depth.  How to get an A in drama comes down to the core skills of the subject, just like any other ATAR subject. 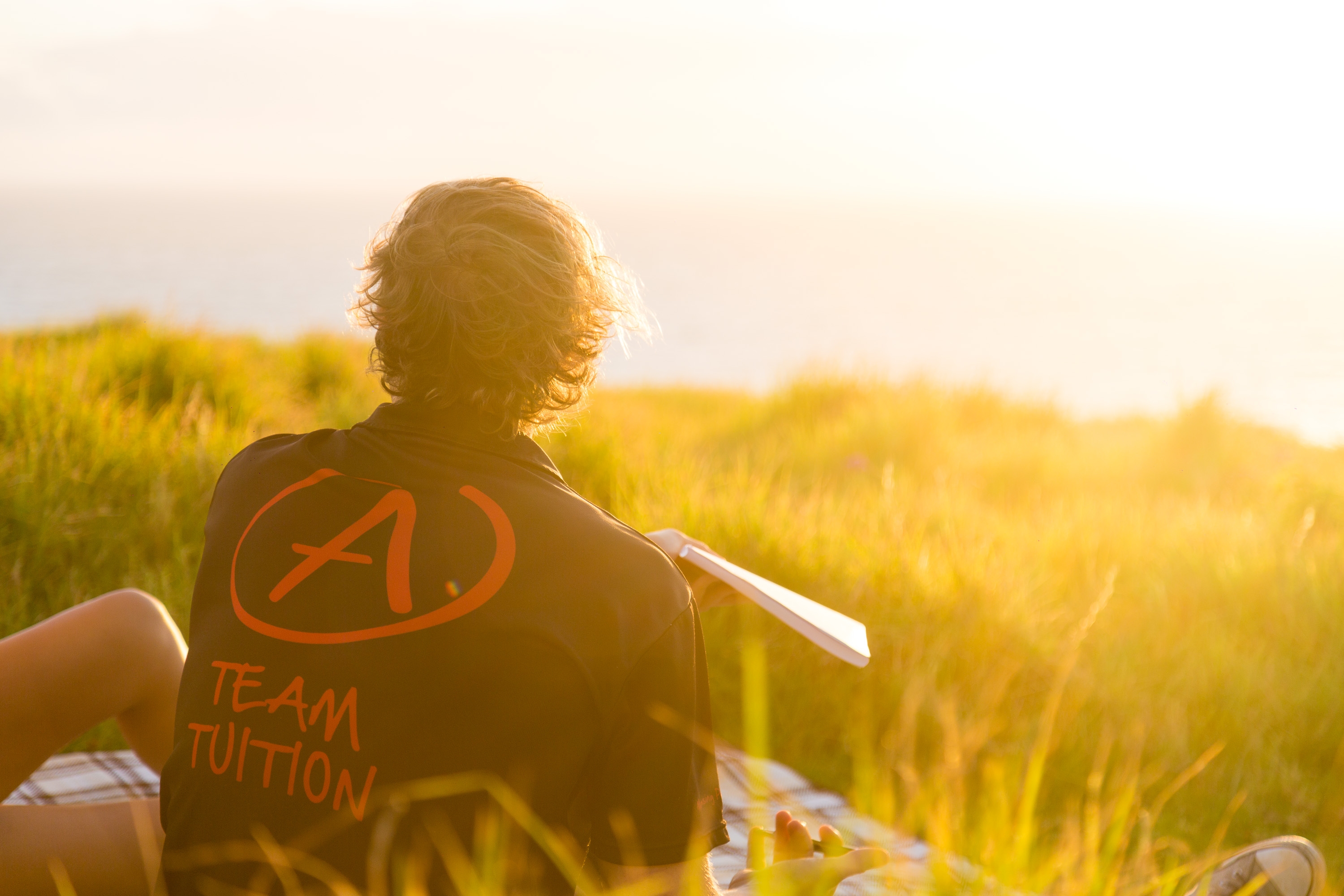 More importantly, subjects like drama, which involve a high amount of physical involvement rather than intellectual strain, can often become subjects where you just have to “figure out what you’re doing” and go by what “feels” right.

However, as we always say, the key to academic success is having the right support, mindset, and strategies in place. I’m here to help show you exactly how you can implement certain strategies into your Drama classes and work, and how, by doing that, you’ll start smashing all sides of Drama!

Drama essentially has two main components: a performance aspect, and a written aspect. It can be difficult to figure out the needs and requirements for each, as they have similar criteria for very different assessment types.  To get that illustrious A in drama, you’ll need to nail both.

To combat this, you need to know the elements of Drama, around which most of your assessments will be based around or use, regardless of whether it’s a written review of a performance or a performance itself. These elements were originally 6 in number, created by the famous Greek philosopher of the Arts, Aristotle. Over the years, however, they have been expanded upon, and today our Australian Curriculum outlines between 10-12 main elements of Drama.

The Australian Curriculum outlines that the elements of drama are as follows (get ready, it’s a big list!):

So, not really a “fluff” subject is it?  There’s a lot more to getting an A in drama than raw talent.  These elements are the essential components of any performance or written play; if they aren’t explored or focused on during either your written or performed assessment, you will fail to meet essential criteria.  So, make sure you commit them to memory!

For the next few points, we’ll be focusing on separately on tips for first the performed assessment pieces, followed by specific tips for written assessment pieces; however, you may find that some pieces of advice will cross over and intersect between the two, so make sure you keep these points in mind at all times!

Focus On Your Text

Arguably the most important aspect of Drama is the script. Regardless of whether you’re performing a musical, a typical play, or an absurd, abstract piece, you will be working off a script for either your dialogue, your movements, or both.  The first thing you should do is actually just read your script out loud. Regardless of whether or not there’s actual dialogue, reading the script is vital to understand the overall picture, and to really connect in with the theme, focus, language, tension, and various other elements that need to run throughout your performance.

Once you’ve read through it, commit to pulling apart the text both in your own time by taking notes, or during discussion with other members of your class (even if they have different scripts!). The great thing about scripts is that they’re really just words on a page – each person must bring them to life, and often does so in a unique way. Having someone else’s point of view can often open up a whole new range of opportunities for you to explore!

With analysis done, your next priority is obviously to commit your part of the performance to memory. I would warn against ever leaving this to the last minute, though; you should aim to start doing  this by the second or third day of having the text, and build it up over time.

Overloading your brain is never a good idea, so make sure you memorise in small bites – ideally, utilize 10-15 minutes of your time every day to work through your dialogue or movement either by yourself or with a partner. Photocopy individual pages of your parts, and put them on the outside of your shower door! It’s an easy, fun way to practice your lines, and will easily slot in to a task that you do every day anyway!

Remember how one of the elements of drama was voice?

Well, if you don’t, make sure you read the list again – thoroughly.

Your voice is one of the most important parts of the performance. We, as human beings, are often talkative and interactive creatures; the words you speak from a stage must interact with an audience in a way that is fresh, and alive, and seemingly normal – not simply regurgitated lines.

The best way to do this is to practice your verbal pacing. 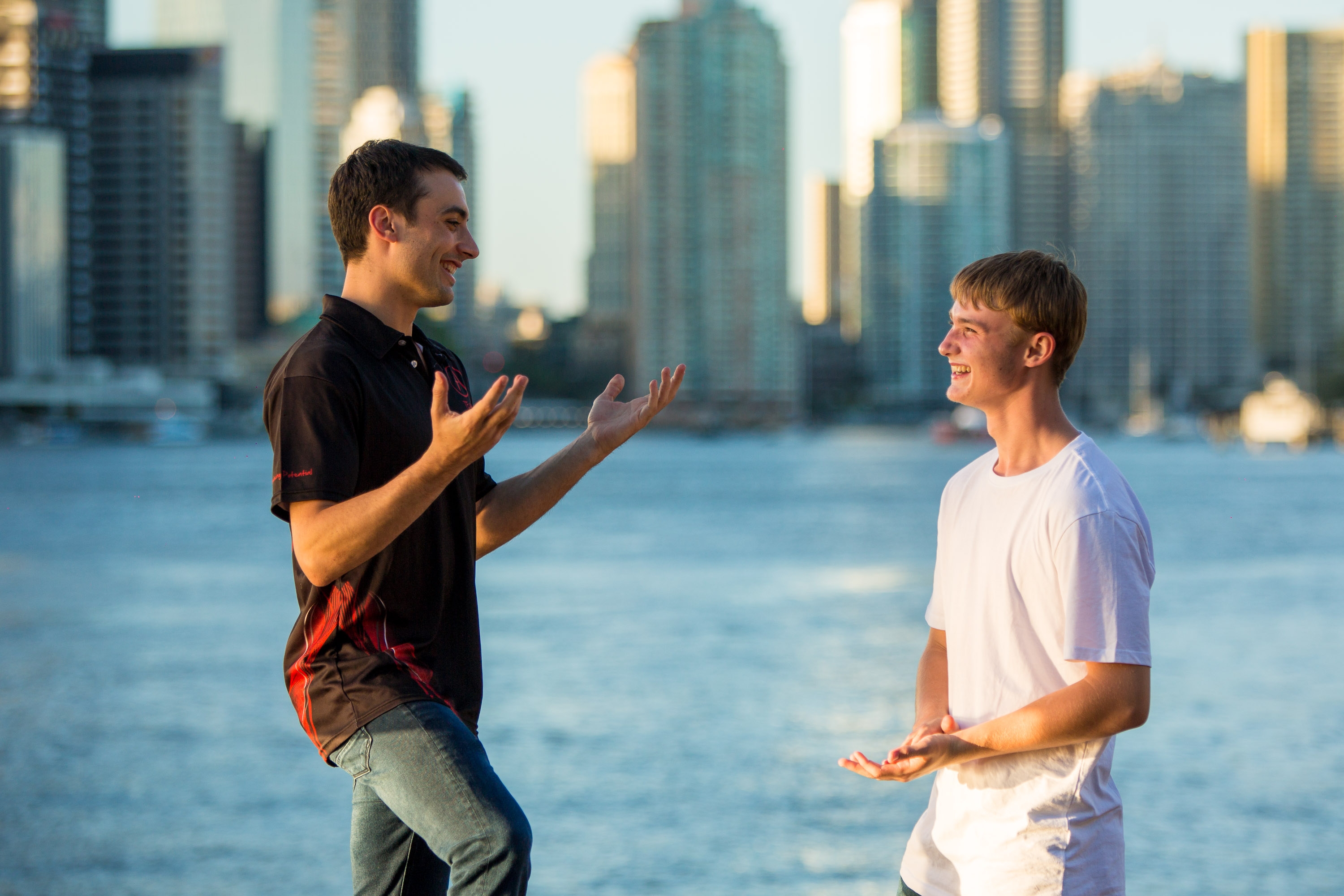 This essentially means that you should practice the speed and tone of your voice, to help make your character seem like a truly alive being – not a cookie cutter presentation of a written character. For example, a character who is delivering a eulogy have a low, quiet voice, speaking quite slowly as they contemplate their words; whereas a character who has just received a new job could be shouting with joy, speaking incredibly fast as they tell the other characters the news.

A lot of high school drama is naturalist theatre – in other words, drama that is based on real-life scenarios and requires a realistic portrayal. Therefore, because you’re acting like a normal human being most of the time, your body will be quite boring to watch. Creating tension in your voice will give the audience something interesting to listen to and enjoy.

All too often, I’ve seen students make the mistake of either not moving, or moving very strangely when they deliver lines. This is either because they’re freaking out and have no idea what to do, or because they’re focusing so much on their lines that they neglect their movement. Neither option is a good one!

Don’t get me wrong – moving naturally whilst also trying to be an interesting character, and keep the audience entertained, is really hard! However, there are a few things that you can remind yourself of and practice to help that:

Once you’ve practiced those things a few times, it’ll slowly but surely start to become natural to you! 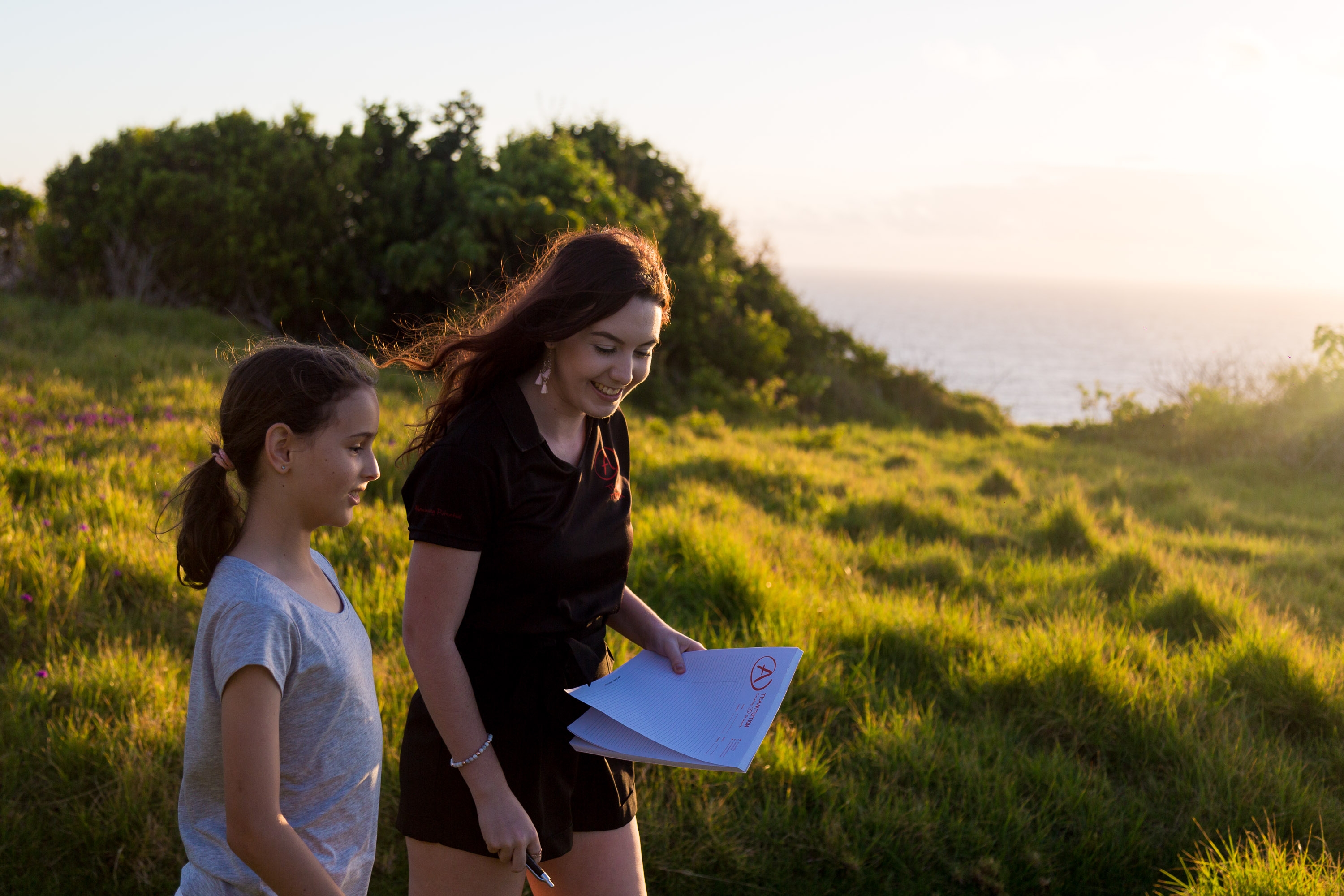 Read (Or See) As Many Plays As You Can

Like English, Drama is a subject that very much relies on its own history to fuel its future.  How to get an A in drama comes down to understanding that every play that you read or encounter will either draw from another one, or be compared to another one, or be a complete contrast to another type of play – and always for very specific reasons.

You need to make sure to read as many plays as you can, so that you can gain a stronger understanding of how certain themes are presented in plays, how characters are written (especially versus how they are performed!), and how a plot is meant to be driven.

And if you struggle to read, my suggestion would be to try and see as many performances as you can! In fact, I’d recommend to do that regardless of whether you read scripts or not – Drama is created to be performed, not just written!

Refer To The Elements!

I know, I know, I’ve mentioned the elements so many times – but that should only show how important they are!

Written assessments are often critical reviews or an analysis of certain performances, and so, having a knowledge and understanding of the elements of Drama is vital.

A critical review or analysis of a performance is never about saying how good a play or musical was to watch. Rather, written pieces of assessment are about analyzing what the elements of performance were, and how they fueled the play’s overarching theme and focus.

It is your job to know the elements, and to understand them, so that you can critique an actor’s portrayal of a character, the director’s decision on the set design, or the symbols present in the performance. Of course, there are numerous other things you can critique – however, any written assessment must use the elements of drama as their focus points. 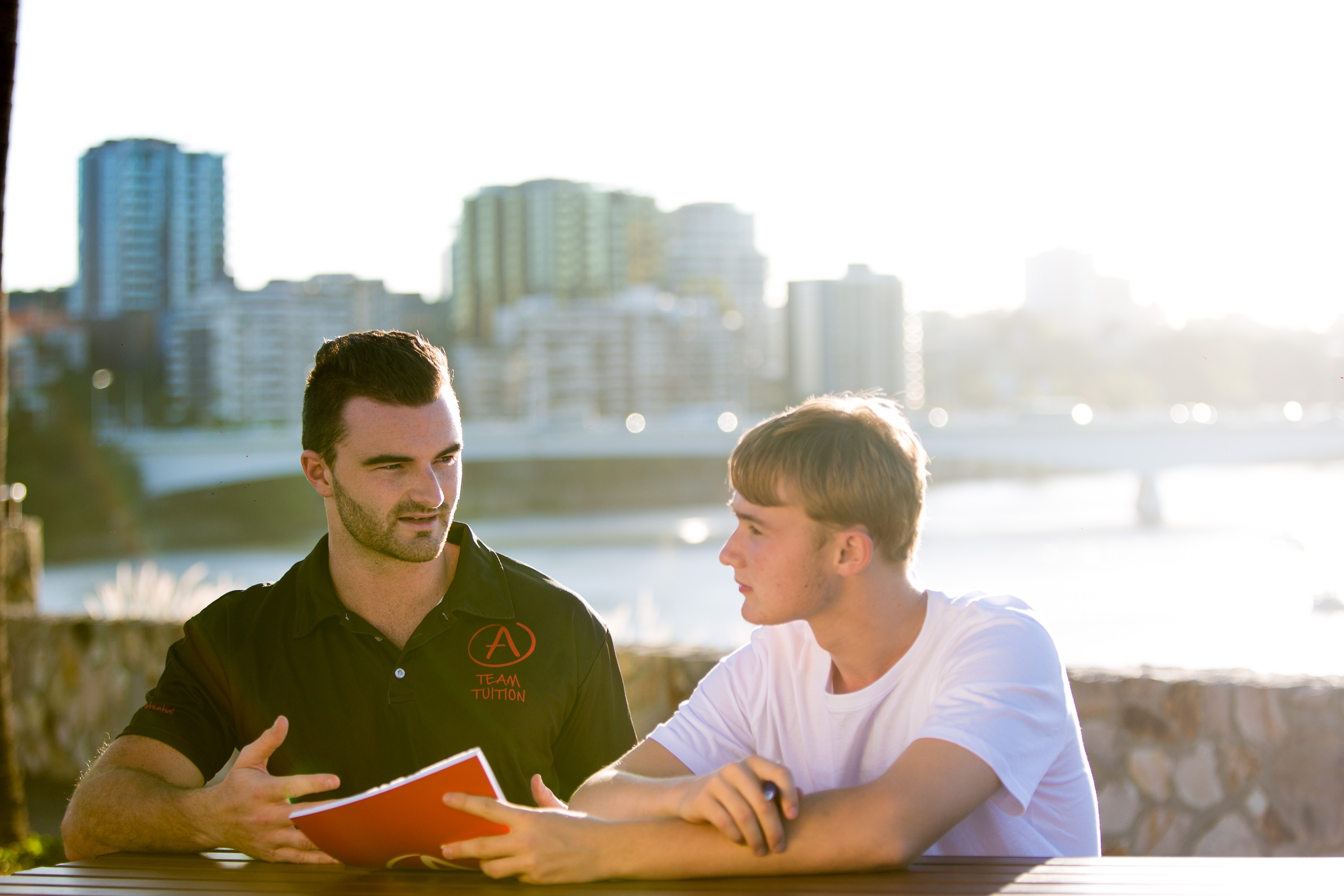 One of the biggest mistakes I made in high school was not taking notes either before, after, or during performances that I had to then write about. When it come to the night or day of the performance, I sat very happily and watched, taking so-called ‘mental notes’; but, once I’d left the performance, and spent a few days focusing on other classes, assessments, or my own personal life, I ended up forgetting half of the details I needed to remember!  Now, that might just be my spotty memory, but I’d rather bet on the fact that we’re all human beings with lots on at any given time, and we need checkpoints to come back to!

So, I would personally recommend taking notes whenever you can, if you’ll be writing about a specific performance; I find that I personally love taking notes afterwards, as the hype of the performance has died down, and I can quietly sit by myself, writing down all my thoughts while they’re still swirling around in my brain.

Even if your written assessment isn’t on a performance and is instead on a video of a performance, or a play-script that you carry with you, make sure that you do take avid notes! Having concrete thoughts in front of you helps a lot, especially if your frame of mind changes, or your perspective changes due to finding a new piece of information about the character or plot.

It is your biggest responsibility in drama to stay proactive and work hard. Like I mentioned at the start, it’s not an easy ‘bludge’ subject like some would assume; however, if you put in the hard work and effort, you’ll find that it’s one of the most rewarding and skill-building subjects you’ll ever take!

Now you know how to get an A in drama, what about those other ATAR subjects?

Your ATAR score will play a role in determining if you even land that important audition.  Performing arts are among the most competitive industries for study, and for jobs.  Here’s our guide to getting excellent marks across the board.  Of course, if you struggle, our Academic Personal Trainers are here to help you thrive in drama, and across the whole ATAR spectrum.