Have you ever looked at an A-standard Dux student in your grade and thought, “Man, I wish that was me!”

Have you ever felt that way when seeing your favourite social media influencer on Instagram, or an athlete who is competing in the Commonwealth Games?

We are forever drawn to those who are in the elite level of their respective areas. Often, we hold them as our heroes: people who, because of their success and achievements, are worthy of our admiration and following.

Elite achievers, however, are not created and born as elite. It might seem like getting to a level of elite performance in any area is based solely on talent and luck; however, that could not be further from the truth.

Our Founder and CEO, Hayden McEvoy, is no stranger to elite performance. He comes from an incredibly high achieving family – his brother, Cameron McEvoy, is a dual Olympian and one of the Commonwealth Games promoters. Hayden himself graduated high school with straight A’s and B’s for all his subjects, received 23 National sporting medals in areas such as swimming and athletics, and has created his own business from scratch, which has expanded from a small handful of people and clients to now having over 100 staff, helping change the lives of over 1500 students.

However, that did not sprout simply out of talent and luck.

At as young as 6 years, Hayden was diagnosed with ADD, and spent the majority of his schooling life labelled as a trouble student, receiving over 100 detentions in high school and achieving average grades with occasional D’s and E’s. He started out his swimming and athletics career achieving last place; overall, he was hardly counted at first as “elite” in any area.

Yet, Hayden today has not only achieved an elite level of performance in multiple areas of his life, but is now also focused on helping others achieve the same level. 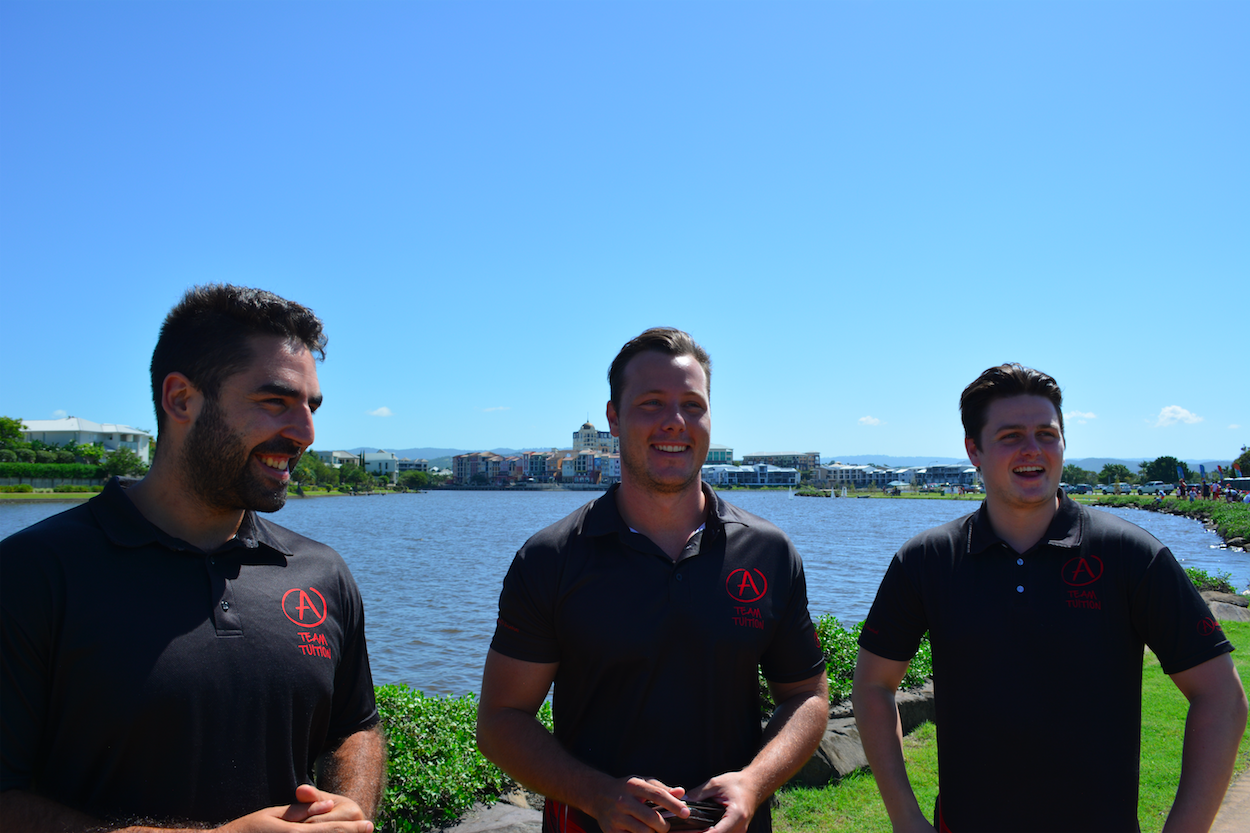 According to Hayden, elite performance is not reserved for a specific few, but rather can be engineered and created in whoever is willing to put in the right amount of effort.

Below, we’ll be discussing a few key points that Hayden himself has developed and continually uses to help raise others to an elite level of performance.

Focus On The Process

Almost every person on the planet, when thinking of elite performance, thinks of the end result – the gold medal, the Grammy, the Oscar, the A+ on that English essay.

The actual process of moving towards success is often actually one’s greatest achievement. That process, no matter what it looks like in any area, is vital to achieving anything.

The reality of life is that all too often, we want to receive something fast – in fact, we want it now. Look at the world around us – the world of comfort and instant gratification. Instead of cooking, we can have someone do it for us – not only that, we can always just use Uber Eats and have it delivered to us, for absolutely no effort! We can share photos online and immediately have people responding and interacting with us, with minimal effort; so much of our lives is instant and easy.

But achievement never quite comes immediately. Even some of our incredibly talented students who go from E’s to A’s in a couple of weeks always acknowledge that one thing had to change before they could achieve anything: the process of what they were doing and how they were doing it. 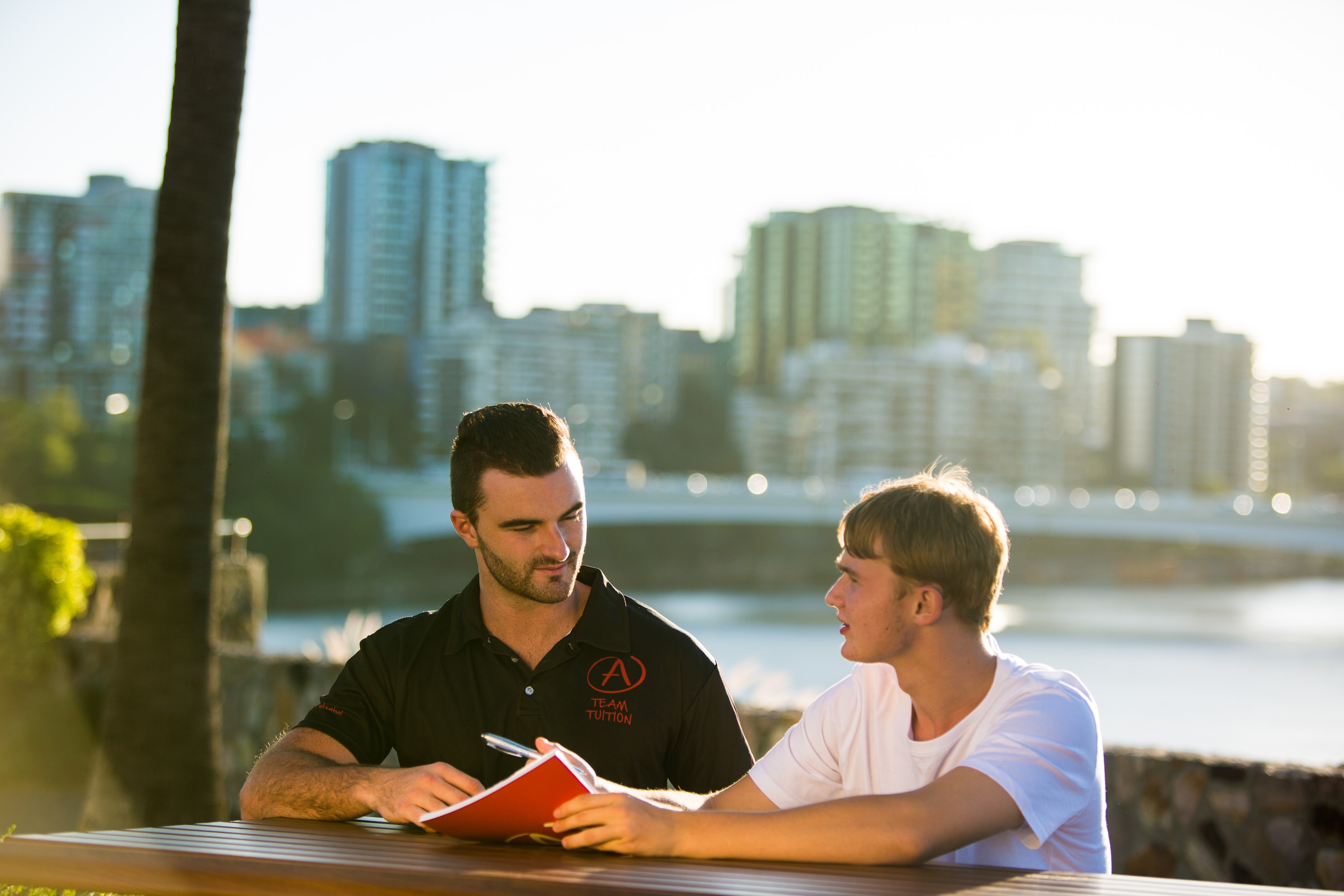 If you want to achieve anything at any level, make sure that you give the greatest importance not to the result, but to the process that you take to get to that result. Focus on your swimming regime, your study habits, or on learning how to manage and operate a business effectively. This will build a level of internal motivation within you, meaning that you will derive both a challenge and enjoyment from bettering yourself and improving your skills, rather than simply winning something or being made famous.

Putting the focus on the process removes the overwhelming burden of needing to achieve, and instead makes you focus on becoming resilient, motivated, independent, and reliable – all incredibly important traits of an elite performer!

Learn the Value Of What You’re Doing

Often, when we’re involved in a certain area and we focus on the process, we can put our sight onto what we’re doing instead of why we’re doing it.

It is incredibly vital that you consistently remind yourself why you’re doing whatever you’re doing, be it running a business, writing up a second draft for your speech, doing extra laps around the track, or waking up earlier to study longer.

Losing track of your core values and goals will very slowly but surely lead you to completely lose motivation. For us at A Team Tuition, our goal is everything to us – to be Australia’s leading education entity by 2025 by transforming the way each and every student we come into contact with learns effectively and successfully.

So, make sure you write down that goal, that vision that you want to chase, and that you check it multiple times a day – it’s essential for you to use it to motivate yourself through the hard times!

Embrace Failure (& Turn It Into Success!)

Of course, the hardest part about having goals and motivations is knowing that possibly, at some point, you will fail to meet them.

For many of us, failure is the greatest reason we don’t start something or only attempt something once. I’ve encountered this personally with many, many tutoring students, where they have the ability to achieve whatever they set their minds too – but ultimately, the fear of failure becomes too great, and they struggle to even begin because they fear not getting things exactly right from the start.

Settling comes from prior experiences that we’ve had, where we’ve actually put in 100% effort, and received back far less than we thought we would. You might have experienced that yourself – maybe you put in hours and hours of Maths revision, only to get a B- on your exam, or you spent every morning and afternoon practicing basketball, only to make the C team. Because you’ve spent so much time pushing yourself, yet received a lower result than you wanted, you become disheartened – the embarrassment and frustration that follows then causes you to give up.

This is the greatest barrier to achieving at an elite level. As I said before, people want things given to them, or achieved with little to no effort – this is one of the side effects of focusing on external motivations (as mentioned before, focusing on winning or fame and fortune) rather than your internal motivation – achieving the process needed and developing yourself, rather than receiving a reward. 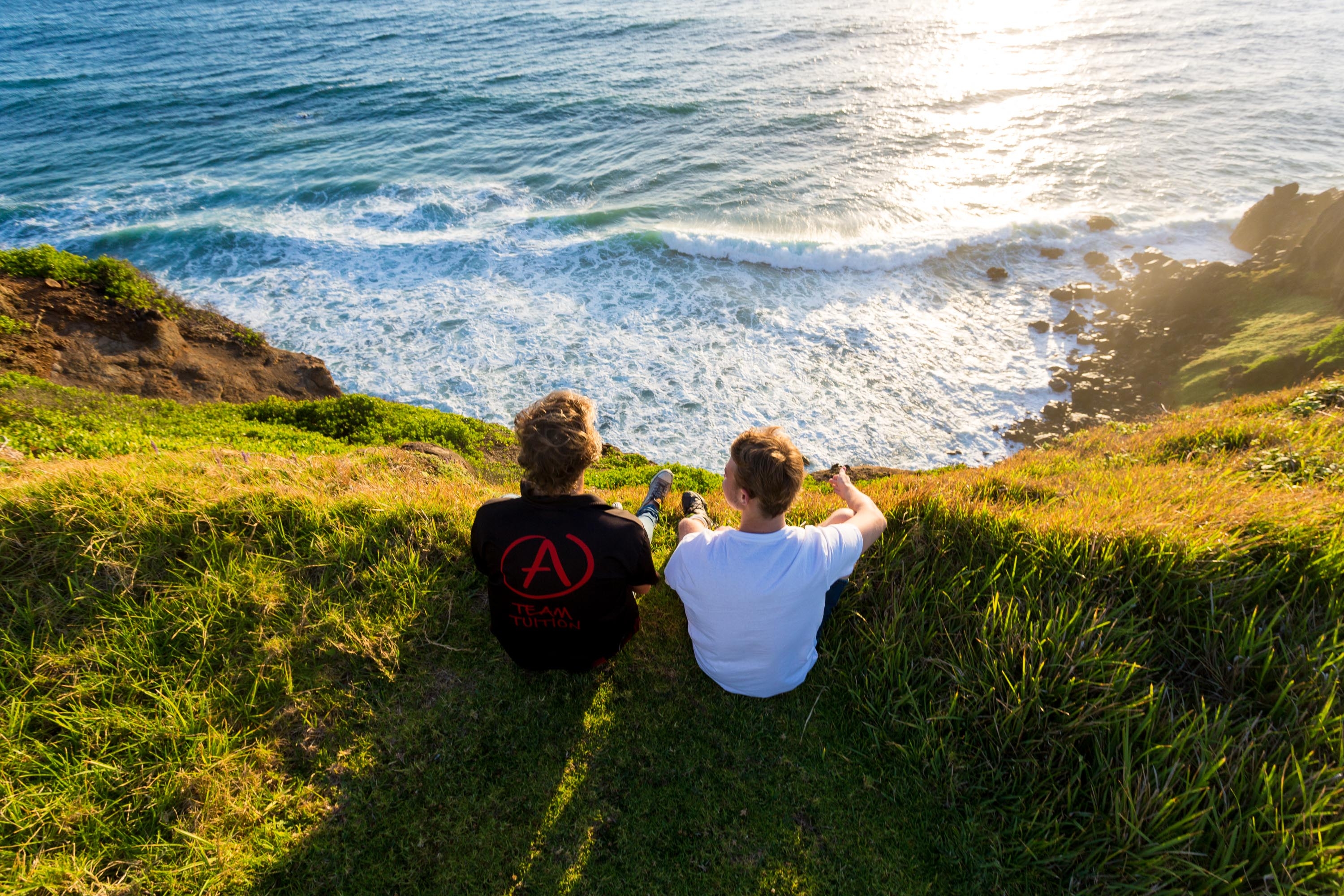 Embracing failure, in essence, requires you to build a level of resilience and self-motivation wherein you can put in 100% effort, fail to achieve the overarching goal, and yet still continue to place in the same amount of effort regardless. However, it also requires an added element of self-reflection and problem solving, wherein you need to look at what you’ve done, why you’ve failed to meet your goal, and alter your effort based off of that. Essentially, bring into the forefront of your mind the first tip we mentioned – focus on the process. Did you achieve the entirety of the process you set out to do? If so, then you didn’t fail – you simply have to refine in the process, putting in 100%, and you will begin to improve bit by bit.

Realistically, there should be no such thing as failure – you either succeed, or you learn. The only true failure is the act of giving up. So, shift your focus from needing to meet a goal, and believing that the world will fall around you if you fail – instead, make your focus meeting your intended process, and reflecting on your mistakes to continually improve.

Now that we’ve mentioned the process towards elite performance as the most important aspect, we have to consider what that actually looks like.

The process you take is fueled by a certain set of personalised strategies, tailored to you and your specific needs. Just like an athlete is provided with a training regime that is suited to them specifically, or each student should personalize their study regime using their learning language or habits, or each musician has a specific warm up routine, any elite performer needs to configure a personalized strategy that is tailored to them and focused on improving their weaknesses, applying their strengths, and improving them in all areas.

A Team Tuition firmly believes that every person they encounter is an individual and requires an individualized approach in all areas of their life. Like I just mentioned, that individualised approach looks different for whichever area of elite performance you are involved in; this can be quite stressful, as you may not even know exactly what you need, and can’t tailor your process to fit you best.

That’s where the next tip comes in!

If you are unaware of how to tailor a specific process to your personal needs, or you have a low level of knowledge in the area you want to achieve in, the most important thing for you to do is to seek out someone who does!

This is an essential part of developing a very important aspect: building your team.

Very few people realise that behind every great elite performer is an entire team of people, caring for, encouraging, mentoring, and pushing them to achieve to the best of their ability. For a musician, it can be their band members, fellow musicians, and a mentor or music teacher; for an athlete, it often looks like having family members, fellow athletes, and a coach; and for students, it’s often their parents, teachers, and their tutors! 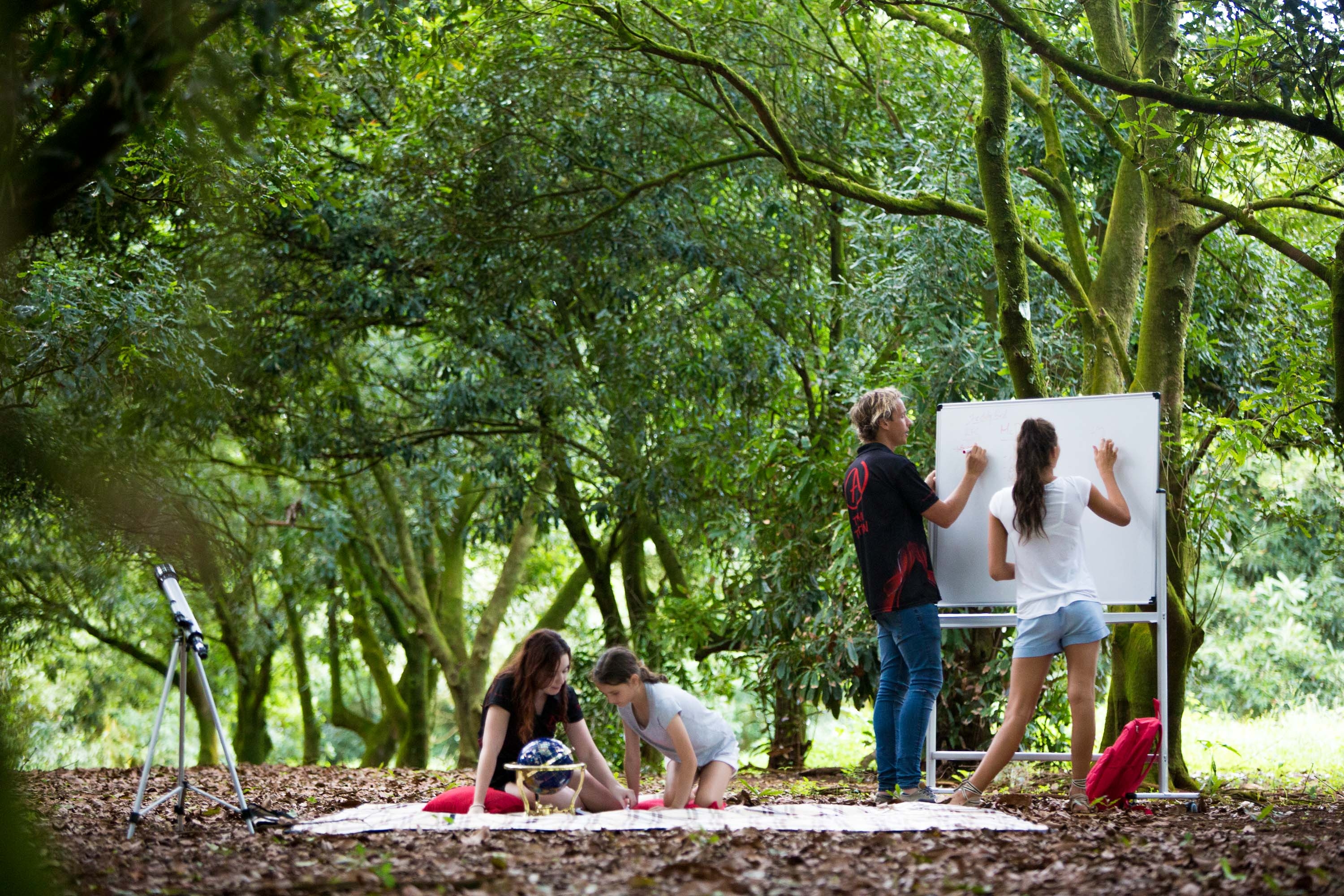 Every successful person has at least a few essential kinds of members of their team: encouragers, mentors, teachers, and fellow peers. Of course, those kinds of members can be encompassed in one single person, or it can be a role that many people take on.

If you’re looking to achieve highly in any area of life, it’s vital that you have people around you that support you through the process, stand by you in the failure, and rejoice with you in your eventual success. Nothing is ever achieved single handedly, and no person should bear the weight of having to perform highly on their own!

The insight and knowledge gained from someone who has an objective perspective on your purpose allows you to make adaptations you wouldn’t be able to make on your own. So, make sure that you give a great deal of importance on building your team, by going out and asking people to help, committing to paying for a coach, trainer, or tutor, and doing whatever you can to create the best foundation of support for yourself as you head towards elite levels of success!