As our founder and CEO Hayden McEvoy frequently states, studies have shown that the number one factor affecting a student’s education is not their intelligence – it is their resilience.

Resilience encompasses a student’s ability to bounce back after struggles, to push through the stress and pain and hard work, and be dedicated to their goals and dreams.

It is what helps them, ultimately, succeed.

Waide Carson stands as one of the greatest examples of a resilient student that A Team Tuition has ever seen. Along with Skylah Rhambold, Waide was one of our recipients of a $5,000 Project Limitless scholarship – a scholarship which aimed to transform a student who had all the makings of an A grade student, but lacked the support and strategies necessary to succeed.

As the scholarship comes to a close, Waide has achieved before his wildest dreams; however, the journey was not an easy one.

From the beginning, Waide was unaware of exactly how great his achievements could be.

“During the first presentation, when Hayden came to our school’s group assembly, I was thinking, ‘Should I really do this?’ And my initial reaction was just, ‘Nah.’ I didn’t think that, even with the help, I’d really be able to change in the way Hayden was talking about.” 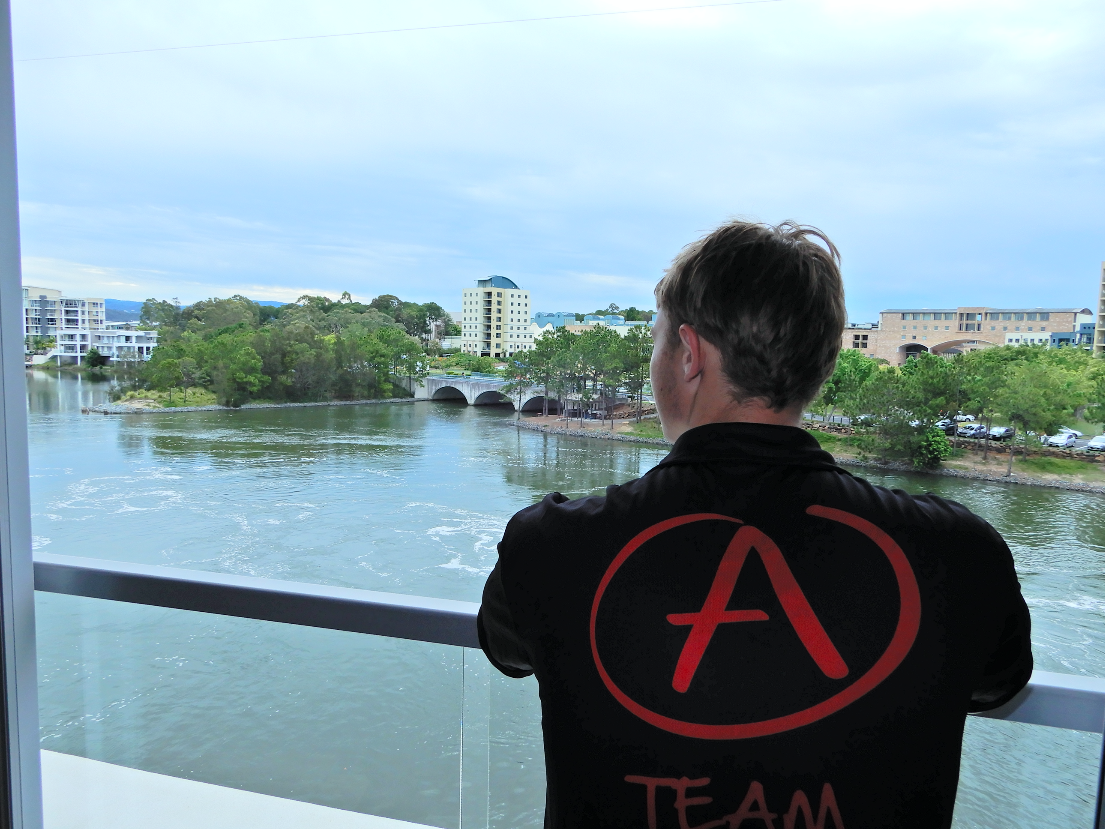 After years of struggling with school, and feeling incapable of achieving the grades he wanted, Waide did not have the confidence that he could improve his work and get A grades.

However, his mother knew the potential in Waide, and saw the scholarship as an opportunity to finally unlock it. She urged him to fill out the application, which he did; but not once did he get his hopes up to receive the scholarship.

“I got called in for an interview, which was the shock of my life,” Waide recalled. “I didn’t think I would be chosen, to be honest.”

“I thought of it as a competition for tutoring; and with tutoring, you think that they’re going to choose someone who’s the smartest – geniuses – people who they know is going to get somewhere, and not someone, say, like me.”

“To think that I would be chosen, from 106 people in the whole high school, was crazy. Even if I hadn’t gotten it, I would have been thinking, ‘Wow. I got chosen for an interview.’”

Waide’s interview was so impacting on members of A Team Tuition that we, with the help of Miami State High, created a second scholarship, specifically for Waide.

Upon receiving the scholarship with Skylah, Waide was introduced to his tutor Malcolm Schulstad – who he absolutely loved having.

“Mal is an absolute legend – I have nothing bad to say about him. He’s filled with wisdom, and has so much knowledge of everything. He was so dedicated to me, and to helping me. We wouldn’t do anything if I wasn’t in the right headspace to do it – but he would also continually push me to achieve that I would think I could.”

“He was dedicated to me, as an individual – he understands that people go through life differently, and he understands how to deal with that. And I needed that, a lot.” 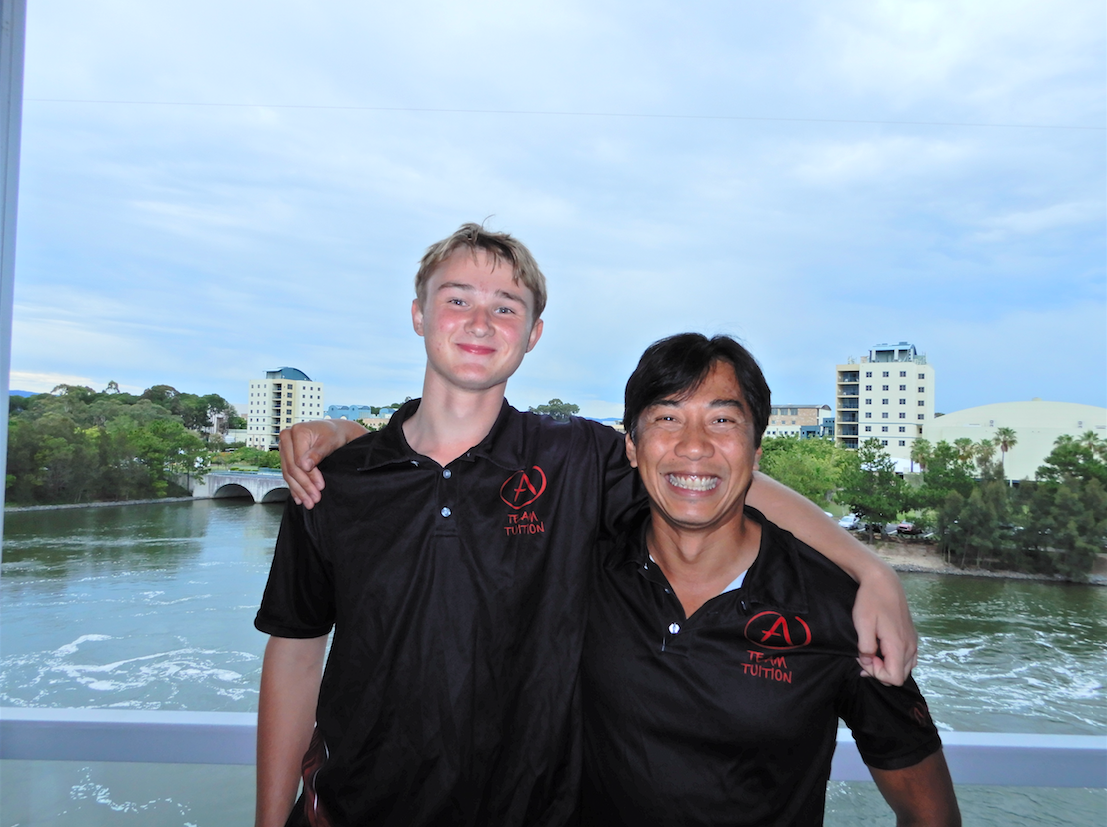 Waide recalled going through a few difficult times during his year, particularly in terms of his personal life – but at every turn, Mal was there to support him.

“Mal was just always there to understand what I was going through. He gave me time and space to calm down, and get out of a bad headspace – he really cared about me.”

For Mal, this was common sense to do.

“Half to three quarters of our tutoring sessions were discussing life, the universe, and everything, rather than academic work, because Waide probably needed that more than anything else,” said Mal.

“It was a natural empathetic response to grant him more space and mercy when it came to work. He needed someone he could genuinely talk to.”

Waide’s greatest challenge in Mal’s opinion wasn’t gathering the knowledge for his subjects, but rather changing his mindset on school and work as a whole.

“He’s got the capability to achieve very well, so that wasn’t a factor. What I wanted Waide to do was to be able to stand up on his own and rely on himself, to get wherever he needed to go.”

“I challenged his limitations; I would listen to him explain why he couldn’t do something, and if I needed to, I would challenge him on that.”

During the first few tutoring sessions, Mal realised that Waide’s lack of confidence was holding him back – he didn’t want to aim too high, as he didn’t believe he would ultimately achieve good results.

“We had a couple more conversations about it, until he finally decided that, ‘Yes, okay, I’m going to do my work and do it well.’”

With Waide’s heightened self-motivation came a newfound sense of accomplishment in his work, which ultimately lead to him achieving far beyond what he ever believed he could.

Waide has now finally achieved an A in Science – his favourite subject – and gained entry into all OP-level classes for Year 11 - all steps that contribute towards achieving his dream of a Maritime Warfare Officer in the Royal Australian Navy.

“I definitely, at the start of the year, wouldn’t have been allowed into those classes for next year. It’s only because of all my work this year, and finally achieving A’s and B’s, that I can move into it.”

More importantly, Waide has grown a newfound confidence and self-motivation that he never would have found otherwise.

“Just being accepted into those subjects allowed me to realise that I’m actually moving one step closer to where I want to go – that I’m actually capable of achieving my dreams and goals, because I have the right way now.”

Mal recalls that the changes in Waide’s actual education strategies weren’t huge or monumental. Rather, they were very small but very specific choices that Waide had to make daily in order to optimize his school experience.

“Waide started a Neurobook, focused on doing mathematical exercises and problems, and other small things. He moved positions in his class to where he would optimally learn, as opposed to sitting with his friends. That alone was enough to get him from a D-to a B, B+.”

After continued support, of course, Waide has ultimately landed onto A’s, and is continually striving to achieve more and more as his schooling continues. 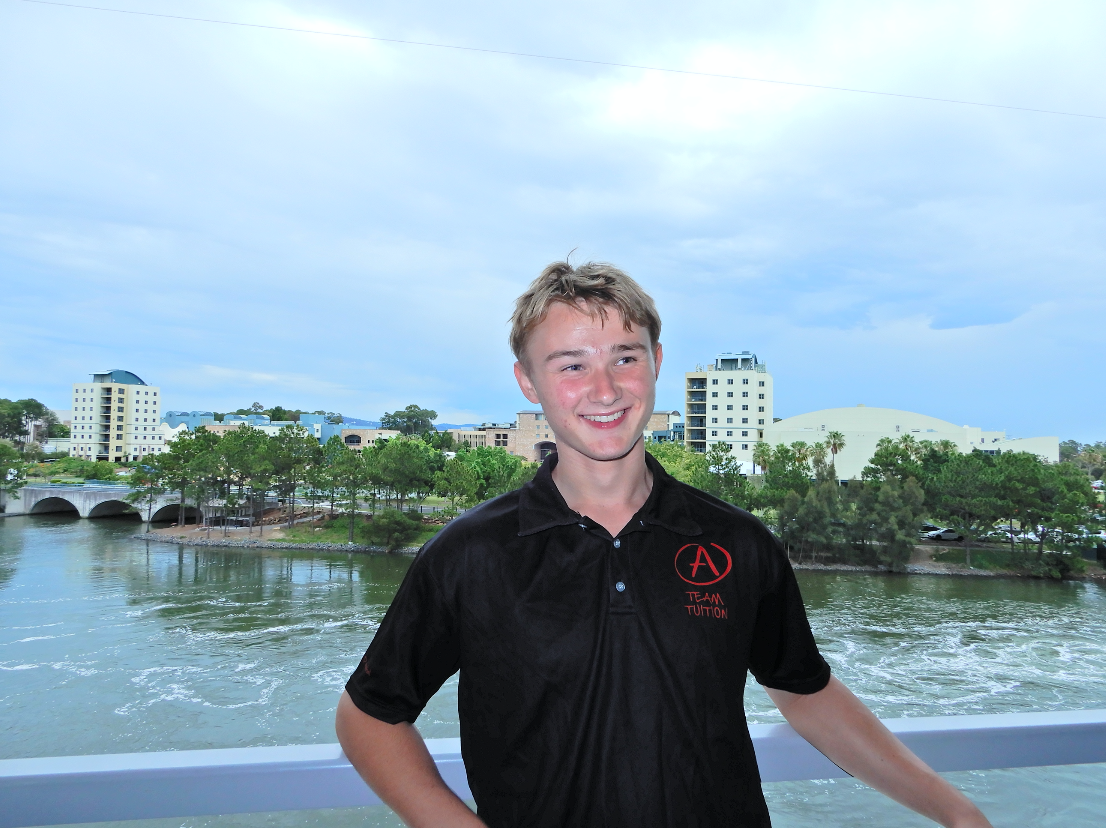 It is amazing to see such a bright young man be in such an incredible place in his life, after all the limits that were previously placed upon him. That was the ultimate goal of the Project Limitless scholarship – to show the world that any child can achieve their wildest dreams with the right mentoring, strategies, and support.

We are so honoured to have played a part in helping transform Waide both academically and personally, and we cannot wait to see what he will achieve in the years to come as he continues in his A Team Tuition journey.

In reflecting on his journey, Waide remarked, “I’ve honestly never been happier.”

“I definitely had a time where I hit rock bottom – but the biggest thing I’ve learnt is that once you hit rock bottom, you can only go up. And that’s what I feel like I did, with Mal’s support. I got where I wanted to go, achieve every goal that I wanted, and I made it. I’m going somewhere.”

“It’s crazy, because I’ve done so much tutoring, with so many other companies – and nothing comes close to what I’ve experienced here. It’s been such an amazing journey.”

Make sure you read our interview with our other scholarship winner, Skylah Rambold, about her Project Limitless journey! Feel free to also check out where it all began, and any of the blogs following it – especially our final results!